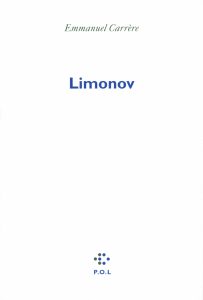 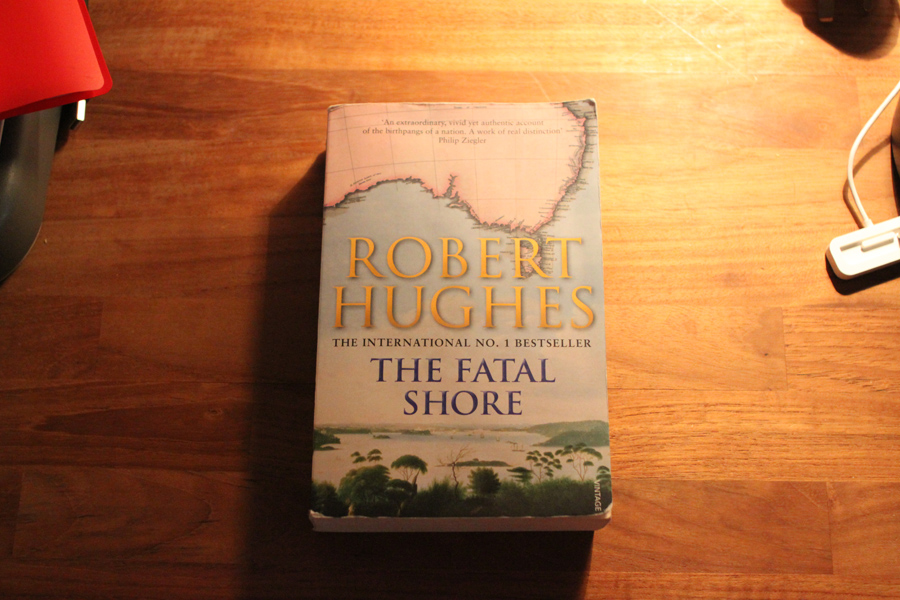 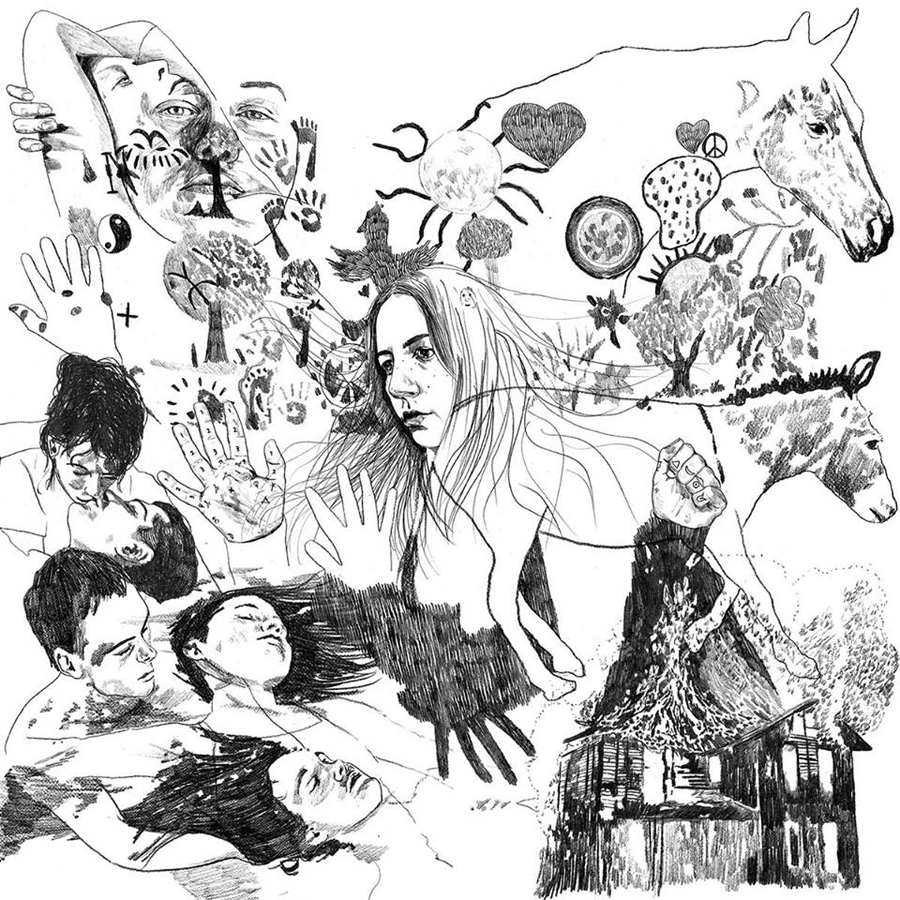 Saw this film at the Irish Cultural Center in Paris and it was so strange but so unlike anything I’d seen before…
It’s by Yinka Shonibare.
Here is just an excerpt.

Just finished reading this book… I’ve grown more and more fascinated by the stories of the Great Explorers and the early colon settlements. 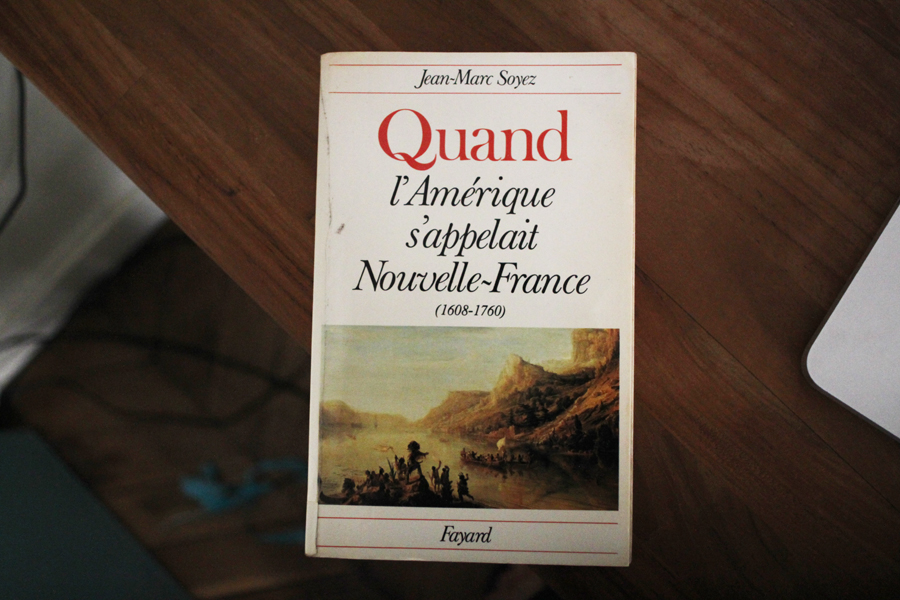 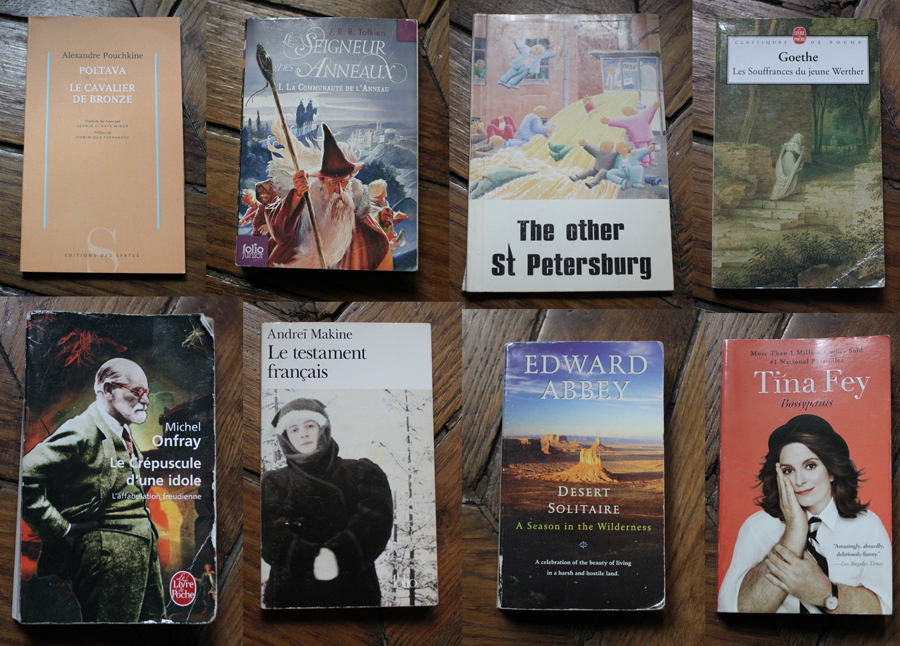 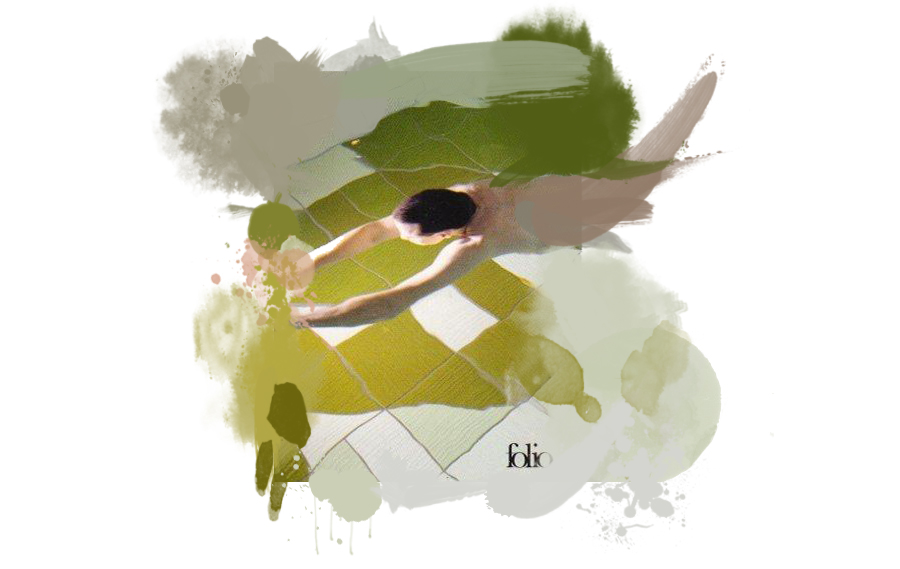 I’ve finished reading Un Roman Russe by Emmanuel Carrère. My friend Marion offered me that book (together with the film that Emmanuel shot at the same time: “Retour à Kotelnitch”) a few days before I flew to St Petersburg. I had watched the film a while ago but hadn’t read the book. Strangely, while in Petersburg I started making lists of books I wanted to read about Russia but couldn’t really get myself to start any of them. Like I wanted to experience the city and the people first hand without being clouded by anybody else’s vision.

Thing is, now I’m in Sydney, with all the aforementionned books which weighted a ton in my suitcase and I can often be found reading russian stories while lying in the sun. I must love contrast.

I really liked Emmanuel’s book although I must admit that going from Stendhal’s magnificient, insightful and precise style to a more modern language didn’t do Emmanuel much of a service. I enjoyed how he manages to create a canvas of narrations and make them all slowly fit together but what I related to most was that as a grown up he decided to start learning russian again in order to track his maternal roots. Reading about his struggles with it, and how he had to take several months trips to Moscow, spending his days writing notes and new vocabulary and still feel like he didn’t get anywhere is something I have experienced too. There are so few people in Paris who have that intense curiosity for Russia that I felt a strong connection with him straight away.

The love story, or break up story rather, on the other end didn’t really convince me and worse still, the depiction of his sex life – and even the erotic short story in the middle – I felt were not interesting at all. Even quite vulgar actually. The way people talk or write or even display sex these days is really poor and predictible. It’s like people mistake sex and pornography, but this could be a whole blog entry in itself. I just find it so caricatural – almost morbid. The psychological aspect of sex surely is a lot more interesting to try to convey, in my opinion.

Anyway, apart from that yes I did cry a bit at the end because I found it so moving how he went all that way in an attempt to understand what had happened to his georgian grandfather (who disappeared in 1944) so that he can alleviate some of his mother’s suffering and dedicates the book to her.

In a way, the traditional love story lacked something (I did not get why he loved that woman so much – maybe the characters lacked emotional depth, I couldn’t really understand their attachment for each other) whereas his love for his mother and his love for his russian heritage were blinding and inspiring.

Thanks again Marion for this thoughful gift. 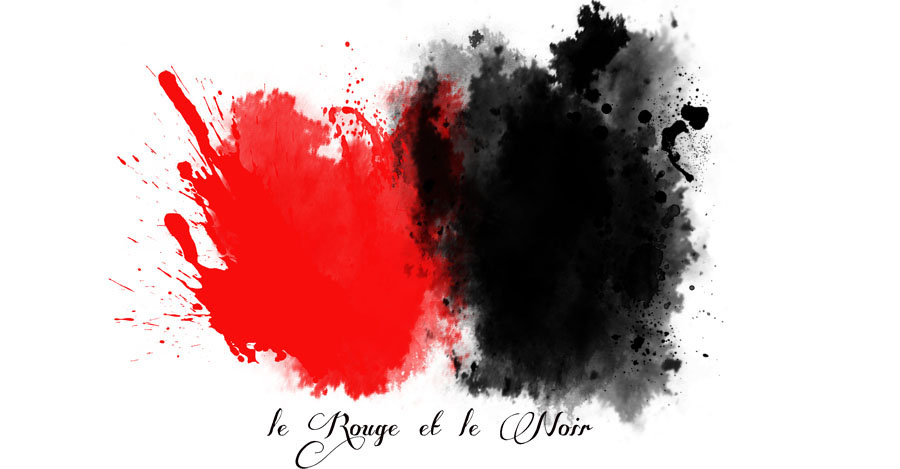 I feel like I’ve been punched in the stomach. Is that normal after reading a book?

This book is a classic and although I had used it as an example many a times before in high school dissertations I had never actually read it. (Yes I was smart like that!)

It is considered a masterpiece of french litterature and I must admit I was dubious on wether that was the case up until the end. I found some moments to be a bit long but I surely wasn’t expecting the final unravelling that gives the book its whole tragic dimension.

I was shoked and disturbed and I still don’t know what lesson this novel is supposed to teach. I wasn’t sure if I liked the main character – Julien Sorel because the way Stendhal comments and intervenes into the storytelling made me feel ambivalent.

This story definitely makes you question love and the things we do to ourselves and others in the sake of love – or passion should I say. I wonder if passionnate love isn’t purely evil and if we shouldn’t focus more on pragmatic choices for our mating.

As I was saying in an older entry I am now convinced that there isn’t such thing as an important writer that isn’t also a moralist. At the heart of Le Rouge et le Noir is the moral question: the right and the wrong in the name of love.

And on top of that moral dilemma Stendhal’s language is precise, elegant and sharp. I understand now why it’s a masterpiece.

I’ve collected some little extracts that I liked.

Well… I guess you might wonder where I’m at with my “read more books” 2013 resolution. I really should be reviewing more than one a month, right?

You see… The thing is I’ve been spending time at the beach reading all of these below. Does that qualify? 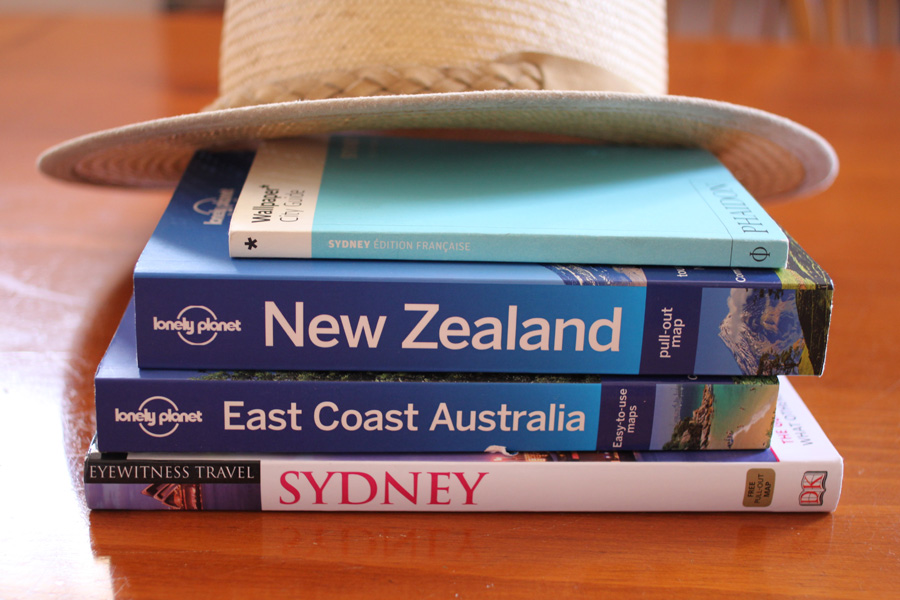 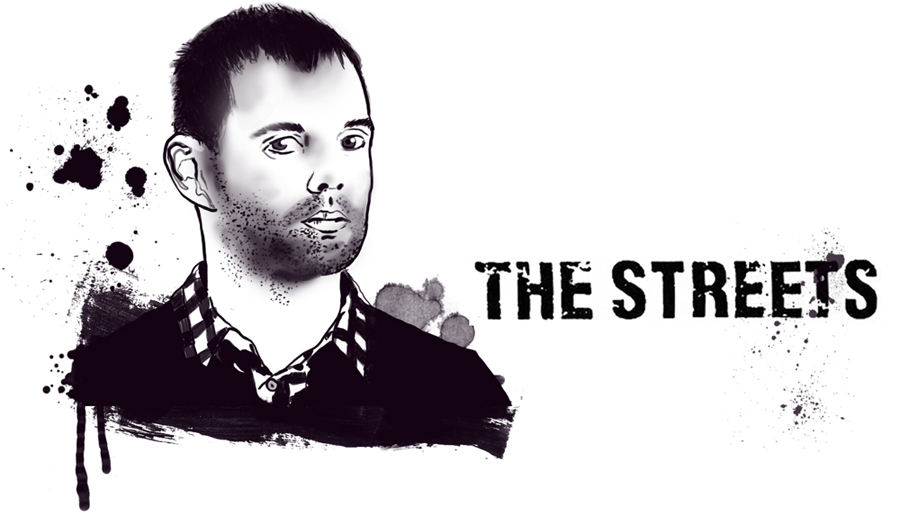 I have started a new category on this blog called Reviews where I will be documenting all the books I read this year – (remember this is one of my resolutions?)

The first one I’ve completed is The Story of The Streets by Mike Skinner.

It’s hard to figure out where to start… I feel like I’m about to write a declaration of love to someone who has been in my life for a while and it’s intimidating. Have been listening avidly to the Streets from the very first album back in 2002 – actually the first track I ever heard was “We all got our runnings” which was a very low-fi but very funny track that got selected to be on one of the Inrockuptibles sample CDs before that magazine became the biggest pile of shit journalism has ever known but that could be a whole blog entry in itself.

It was just before I moved to England and I instantly connected to Mike Skinner’s style and playfulness. I don’t know anyone else who captured better what english youth was about in the early noughties: mainly in the language he spoke, but also the stories he picked to tell: going out to get hammered, late night kebabs, smoking pot while watching Gail Porter on TV, betting frenzy, promiscuous girls with fake tan or getting the “unsufficient funds” message when attempting to withdraw cash. He was always so accurate – almost in a spooky way.

Because although his production skills were impressive for such a young guy and kept improving so much from album to album, what I loved most was always his lyrics. A lot of humour, a great sense of observation of human behaviour, but more importantly a lot of depth and sensitivity. Songs like “Never went to Church” or “Blip on a screen” have brought tears to my eyes. Some of the shit he says is very profound. I share his vision of an atheist type of morality in “Alleged Legends”: Do what you think’s right and you will feel alright / Cause when you’re bad you will feel sad

And I have so much admiration for his decision to end it after the 5th album, when so many bands just keep repeating themselves, holding on tightly to their past successes, crossing fingers that they’ll keep selling records and their house in the Hamptons.

In this book, he tells the story of the Streets – his musical project, and it took me only a few days to read, it was so very interesting. In a very self-centered way I realized that Mr Skinner and I had a few things in common, he mentions NLP which I studied, has a very “can do” attitude which I think is key to anyone who wants to be successful and he also spent some time in Australia in his early twenties.

He talks a lot about the garage and grime scenes of Birmingham and London – a part which I didn’t really relate to as I never was into it. I’m not even really into hip-hop as a genre. I guess I always felt that The Streets were a genre of their own, truly unique and truly meaningful. I don’t dislike hip-hop but I always seem to be paying extra attention to the lyrics and most MC’s are really talking shit. I guess I’m more looking for pop qualities in a song. To me Kanye West and Jay-Z are more pop artists than anything, in the same way that Bob Marley was more a pop musician than reggae – when the work is universal it transcends the genre it came from. In other words, if your grandmother is dancing to the song at some wedding it’s pop music.

What was more interesting for me to read was Mr Skinner’s approach to songwriting and how he decided to embrace the process without self doubt and be very down to earth about it. He recalls going to amazon and typing “songwriting” in the search tab to get his education on the subject. He demystifies the art of songwriting by explaining that it’s all about method – not inspiration. It’s not magic, just hard work and research. It’s obvious that he has a very accute analytical mind and is a thinker, as much as an artist.

I also smiled inside when he starts talking about Coldplay and Chris Martin and how it’s now become “cool” to hate them. I’ve always loved and respected Coldplay and always find it ridiculous when people slag them off. It seems whenever anyone gets really big it becomes uncool to like them, and I’ve never been like that as I’ve never worried about being cool. Sometimes I want to tell people to stop worrying about being cool, but rather work at being good. Here is what Mike has to say on the subject:

“I’ve always been puzzled by how furious some people – mainly music journalists, but not only them – seem to get about Chris’s success. He’s great live, he writes these amazingly unadorned but instantly memorable songs, and you can’t say he’s not a fantastic musician. So i’m with his good friends Kanye West and Jay-Z on this one. A lot of the people who are most vehement in their disapproval seem to come from the same kind of upper-middle-class background as he does, and seeing him holding Glastonbury in the palm of his hand makes them feel a bit uneasy. But you can’t tell them, ‘Deep down, what you really hate is not Chris Martin, it’s yourself’ because they might get a bit upset.”

Here is another excerpt I really related to, especially at this stage of my life where I feel the need to be more and more solitary:

“When I was growing up, I imagined being around lots of strangers would be something I would find really exciting, and I had that experience for a year or so when I was in Australia and really enjoyed it. But having done that enabled me to eventually realize (and it did take seveal years for this to finally become clear to me) that I actually don’t like being around people I don’t know.”

I am in awe of the fact that he decided to write this book (yeah, why not?! Can do!) and did a very good job at it! He is – so I heard – currently working on developing a film.

Mr Skinner is one of the people I’m happy to be alive with at the same time and I look forward to experiencing what he’s going to come up with next.